The aim of this project is to use detailed analysis of electroencephalography (EEG) in newborn infants to identify characteristic features or ‘biomarkers’ of encephalopathy (all causes) and to identify features that are most predictive of poor neurodevelopmental outcome.

The commonest cause of Neonatal Encephalopathy (NE) is hypoxia-ischaemia (HI) but other disorders such as sepsis, genetic and metabolic disorders may closely mimic the clinical features. It is sometimes difficult to distinguish the cause of encephalopathy in the first few days after birth and to predict longer term outcome. This project aims to characterise the standard EEG features seen in all cause NE using EEGs from a large database of studies available at INFANT.  This project will also identify features that are most predictive of poor neurodevelopmental outcome. 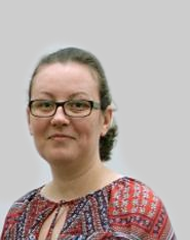 I am a paediatrician, currently working as a Neonatal Research Fellow in INFANT Centre, University College Cork. I have qualified from “Ovidius” University, Constanta, Romania in 2006 and finished my clinical training in Paediatrics in 2012.

Guided by outstanding mentors, I have discovered a special interest in Neonatology and Neonatal Research. During the last 2 years, while working as a Neonatal Research Fellow, I have been involved in several research projects that took place in the Neonatal Unit of Cork University Maternity Hospital, including both local and multicentre studies. Through participating in these projects, I had the opportunity to gain experience in communicating with parents from the research perspective, sometimes in very difficult moments of their life. I have also developed new skills in brain monitoring, like performing and interpreting electroencephalogram (EEG), Near-infrared spectroscopy (NIRS) monitoring and cranial ultrasounds.

I have been especially interested in neonatal brain development and injury, both as a clinician and as a researcher, so I’m very keen to undertake a PhD in this area. I believe neonatal patient-focused research is a trend that brings new insights in all aspects of neonatal routine clinical practice. As a clinician, I recognise the need for further research to uncover newer pathways of helping babies suffering from a brain insult. This is why I’m highly motivated to participate in this journey together with the rest of the team.

Join us for the recorded weekly webinar with guest speaker Dr. Karen Luyt on Monday at 3 p.m. EST. Registration is FREE, but please RSVP below to confirm your attendance and receive the link to attend: https://us02web.zoom.us/webinar/register/WN_4bJVLVQ3T1OB6VB3ZOHMCw What can be done to encourage better adoption of #SocialDistancing guidance?

Read the Research Article by @DurandHannah @nuigalway to explore the barriers to public compliance with social distancing: https://bddy.me/3t3FeEY