Neonatal seizures (NS) are seizures that occur in the first twenty-eight days of life. They typically represent a serious underlying neurological insult. Neonates who have experienced seizures are at risk of developing later postnatal epilepsy. The true incidence of post neonatal epilepsy (PNE) following NS in term infants is not known. Previously, neonatal seizures were diagnosed clinically only whereas many seizures are electrographic only. The aim of this project is to determine the incidence of PNE following electrographic confirmed NS in an Irish cohort of infants. In this study, we will also review the characteristics of infants at risk of NS who die.

The primary aim of SYNAPSE II is to investigate if qualitative and quantitative features of EEG are associated with MRI brain pattern injury and neurodevelopmental outcomes in infants with HIE, recruited  from two large European  multi-centre studies. EEG can play a huge role in prognostication following neonatal encephalopathy. Earlier studies have focused on the qualitative features of EEG, though the objective nature of quantitative EEG analysis offers several benefits and limits inter-human variability in EEG interpretation. EEG analysis twinned with early MRI brain imaging may better prognosticate for infants following neonatal encephalopathy and ensure more prompt and focused early intervention.

To read more about our other NEPTuNE projects, please click here. 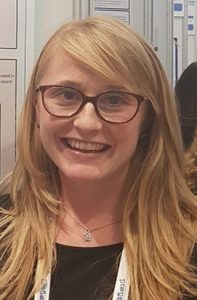 My areas of special interest in paediatrics include neuro-disability and palliative care. Both specialities are closely intertwined and are areas that are growing in paediatrics. I hope my PhD allows me to focus on infants and children who are at risk of neuro-disability with an aim of better understanding outcome and  prognostication following neonatal encephalopathy. This in turn will advocate for earlier and more targeted follow up of the most at-risk infants.